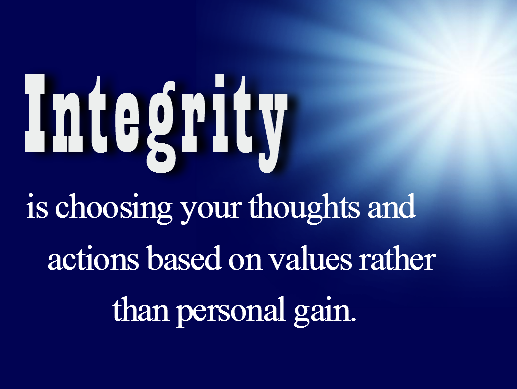 I have been pretty busy on my good days and have not been able to get back to this subject, but today I am taking the time to do it. You see I know the women who were drawn into being part of a so called documentary about what mesh does to women. I also was responsible for getting most of them involved which is why I take this so seriously. Now I will tell you why I am writing about it today.

On October 9th 2015, I was working in my studio that afternoon when my daughter Kim came in with a huge box that had been delivered to me. She yelled “Bribery alert” and I just stared at her wondering what on earth it was. She had already opened the box and handed me a letter. Inside the box was small packages wrapped up in tissue paper. Kim said “Before you open them you’d better read it Mom.” So I did and sat there saying “What the hell?” I had posted a blog saying about my three year mesh removal anniversary only four days before and Kim said this package was a three day delivery. Now it made sense. I had mentioned that I had received an email from Gay Courter and one day I was going to answer it publicly. So now you need to read what I just read.

It is dated October 1st, but it was only just mailed three days before I received it. October the 1st must have been Gay Courter’s birthday.

Today is my birthday and it is a day I like to send gifts to others.

This is a long overdue thank you for all the help you gave me when I first learned I had mesh and had no idea what to do about it. Your blog and your personal information by email and phone helped me realize that UCLA was where I needed to go and your step-by-step information paved the way for me. You even told me what bed I’d be in and what nurses I would have. (You should know there is no way I can tell anyone this kind of information as nurses rotate and so do beds) Also essential was the information about supplements, which really helped me fight the terrible infections from the mesh before I could get the surgery. Many of your ideas have been incorporated into my health plan.

I feel undying gratitude to you for helping me at such a difficult time. I was lucky that I only needed one surgery, but like many of the mesh victims my recovery has been incomplete and I have some on-going serious problems. Still I know I have the best possible outcome I could have, though, thanks to you and Dr. Raz. And when I wear my stunning fascinator I have only warmest, happiest thoughts of you. I do think of you often and hope you have healed more and that you have been able to reach just compensation.

I hope that the teacup milliner will enjoy this cup and saucer. I inherited it from a dear relative. The tea is green and one high in antioxidants. I bought this spoon at Buckingham Palace and thought of you!

If you would like to call or write me—-or have me call you—-don’t hesitate. Will be happy to catch up and answer any of your questions.

This was in the giant box.

How do I feel about this? Why would I want to contact her or ask her any questions after all this time when she refused to answer my questions fifteen months ago? I don’t and that door is firmly closed.

I would have returned this SECOND HAND and USED stuff except it would cost ME postage so instead I shall instead donate it. I do not need to keep bad memories and I will NOT be contacting her EVER. However if you read this Gay Courter, then there is a way you can make amends, not just to me but to each of the women who you made believe they were doing something good by speaking publically about their injuries from pelvic mesh. It was not easy for them to do this because it is such a private subject. But they did it because they trusted me but believed in YOU as the person who sat before them and made them believe in a lie.

After I received the package, I called the woman who they ALL had gone to her house to take the video of her. I read her the letter and then told her, this is not just about me. This is about all of us who were used. She agreed. She reiterated how she felt that they had gone to her home, met her family, shared their food and went to their church. She had trusted them and now she feels betrayed by the Courter’s and Jane Akre. Unless you have been betrayed, you cannot imagine how it feels to be used by someone you trusted and believed in.

So Gay Courter. How could you use these women, wait for well over fifteen months to contact me to answer MY questions, ignore me as if I were a liar when I asked back then on Jane Akre’s so called support group, what had happened about the documentary and where was it? So NOW you want to chat on the phone! Doesn’t this sound absurd to you? You say that you did not know anything about what Akre was doing, nor had any part in it? Prove it!

Here’s the deal. If you had been drawn into this without any knowledge and then saw the lawyer’s adverts on that trailer and noticed it was clearly an advertisement for lawyers to gain more mesh injured clients, why weren’t you as outraged as I was? Why did you unfriend my daughter and I on Facebook? Why did your husband ignore Kim’s questions and warnings she sent by private message to him when we realized what Jane Akre was up to? You both ignored us and that made you look guilty!

You say you are not part of Jane Akre’s business nor in contact with her. Okay let’s say this is true NOW. I say NOW, because in that advertisement for lawyers, you were standing beside Akre opening a box with J & J mesh and talking like you were best friends. If you were also taken in by her, why have you not spoken out about your part in this and stated that Jane Akre used you too? Why have you not produced emails and documents to prove you knew nothing and did not take anything for your part in this? When Kim and I tried to warn other women so that they were not taken in by Akre, you threw us under the bus and women thought we were crazy and liars when you continued to back Akre. So tell me what has changed? There are things you can do to right the wrong by being totally honest. This would also prove that Akre works for lawyers and YOU have the power to say this. Is it because she has something on YOU?

So here’s the deal. First apologize to those women you took advantage of. I know lawyers advise against any apology because it shows guilt. But my standards of human decency say an apology is always warranted even if you did not know what was going on. That is exactly what I did when I realized I had been duped by Akre and YOU.

Second, show proof of what Akre is doing.

Third, join the fight against what mesh is doing to women without making one dime from doing it.

You and your husband have the tools to do this and show the world the whole picture of how terrible the injuries can be to women. That is if you can be trusted not to make money from exposing this terrible issue. You saw firsthand how crippled I am by pelvic mesh even though it did not happen to you. You saw how bad things are for the other lady who you went to her home. Where is your empathy?

Gay I need money but I never once took any money from helping you or any other women. How many women have you actually listened to without any reward for doing it? I doubt any! The gist of this blog is that we can all make amends for wrongs of the past. Now it is up to you and your husband. Expose Jane Akre, stop letting women believe she is doing good, when the ONLY reason she is doing anything at all is because she makes a dammed good living at using injured women. You have power and it is time to use it in a good way. Don’t let your daughter, your son’s wives or your grandchildren wind up badly injured by mesh. Do the RIGHT thing and leave behind a GOOD legacy for them. One that you did not get paid for.

You said the documentary is not going forward. No other explanation. That’s NOT good enough for those of us who were taken in by you. Time to tell the truth if you are not guilty and was not paid for your part in this fraud.